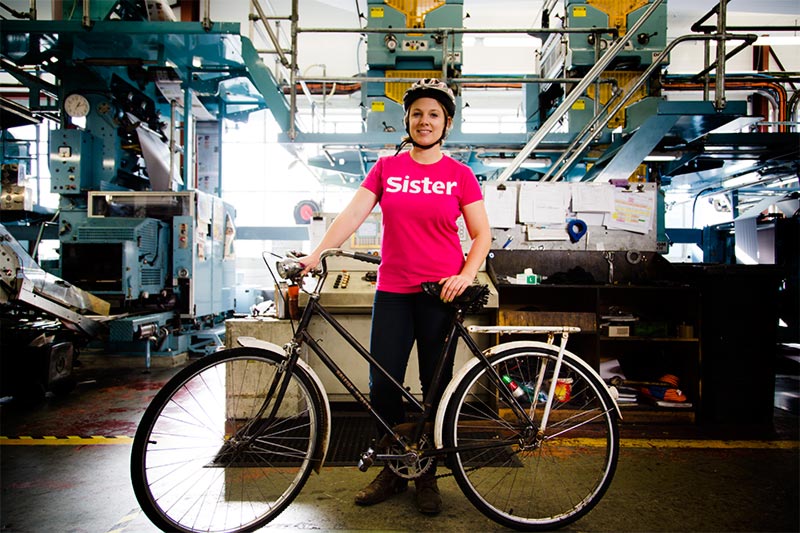 I met up with Naomi Arnold at the Nelson mail building where several of her colleagues also cycle. Here are Naomi's thought on cycling:

"Cars burn up money; bikes save it. Cars ruin health; bikes improve it. Cars encourage frustration and contempt; bikes create community and fun. It's not too much of a stretch to say that biking can save the world. All of the current problems with cycling - namely, safety and driver rage - would be eradicated with more bikes on the roads. You can carry an astounding amount with a bike trailer and travel incredible distances. We'd have a lot more fun, save a heap of money and arrive at work or home refreshed, invigorated, and with a smile. I consider the bicycle one of the greatest inventions of mankind."

We can't argue with any of that ! 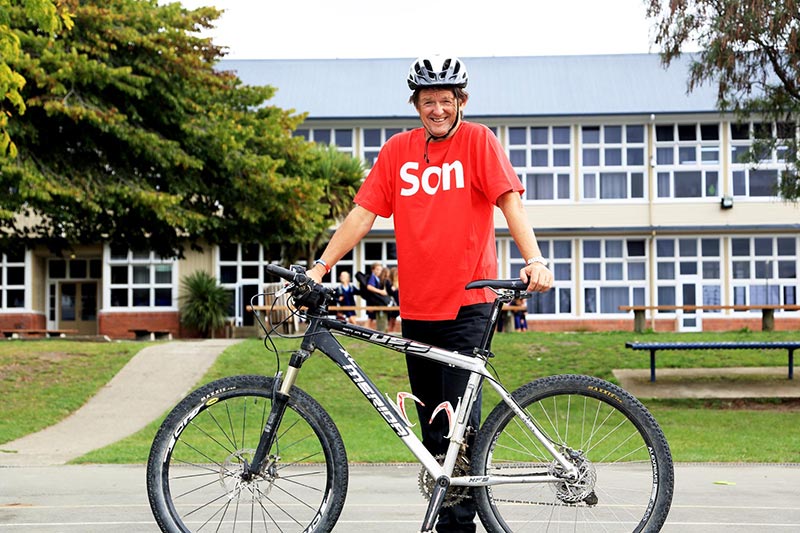 Leading by example, Hugh Gully is a great role model for the sons and the daughters at Nelson Intermediate School.

Hugh is a keen cyclists and has ridden the Rainbow Rage 10 times. He says he's proud to have joined the illustrious 1000 km club through the Rainbow.

Asked about when he started cycling, Hugh replies "I have been Mountain Biking so long that when we started it was on old 10 speeds bikes in Abel Tasman and up the Maitai before the dam was built. These early expeditions were in the 1970's!!"

Hugh continued, "Thankfully the bikes and trails have improved so we can all now enjoy the remarkable cycle trails in out region. I have really enjoyed biking in recent months with our Nelson Intermediate camps at Lake Rotoiti and using the trails at Teetotal Flat.  This was a great way to introduce many students to off road cycling.  We are seeing an increase in students cycling and many are taking advantage of the Railway Reserve and newley formed St Vincient St dual cycle way."

To get the next generation cycling, Nelson needs more role models like Hugh. 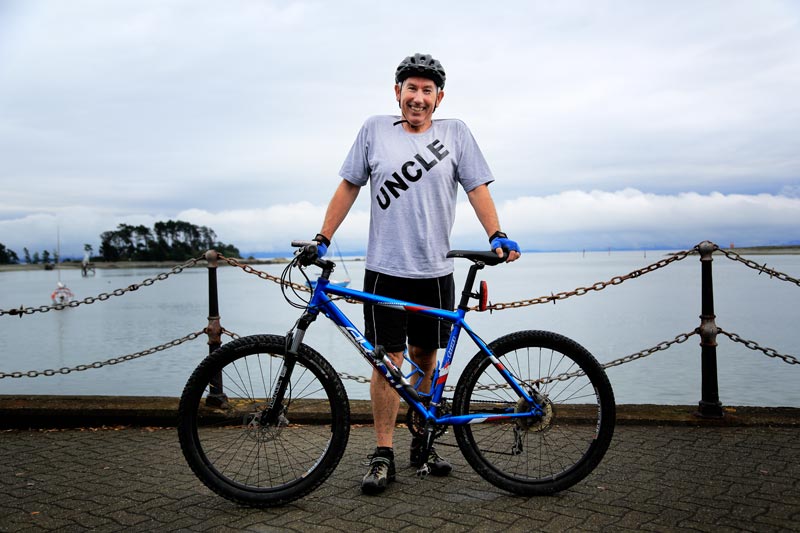 We met up with Brian on a cold rainy day on Rocks Rd. It wasn't quite t-shirt weather but there are some hardy cyclists around that are willing to brave the elements, and the traffic.

Brian says that he probably gets out about three or four times a week for a ride. He's got two bikes, an old classic steel frame Giant road bike which he got off his brother when he headed off overseas. Brian thinks the bike is about 25 years old and he says he used to use it as a commuter bike when he was with the Police but now he just uses it for road rides. The other bike is just an ordinary mountain bike which he uses to get up the hills and around the bike trails. He says he likes riding along tracks and roads that he hasn't been on before.

Brian tells us that a friend had recently acquired a bike and together they've been checking out some of the cycle trials around Nelson. "The cycle trails are great but could improved with better signage to identify the start and end points as they can be easily missed." Brian suggests.

Brian says he just wants to see more and more people on bikes. "People getting to work, kids going to school, folks going to the shops and everyone just enjoying themselves while out on a bike." He says that he counted just over 50 people on the Great Taste Trail between Brightwater and Hope that morning. "Mums, Dads, little kids, older couples, groups of friends. It was great to see."

Brian says he's always cycled and always had a bike. "A bloke can never have too many bikes." he adds.

A number of us would agree with that ! 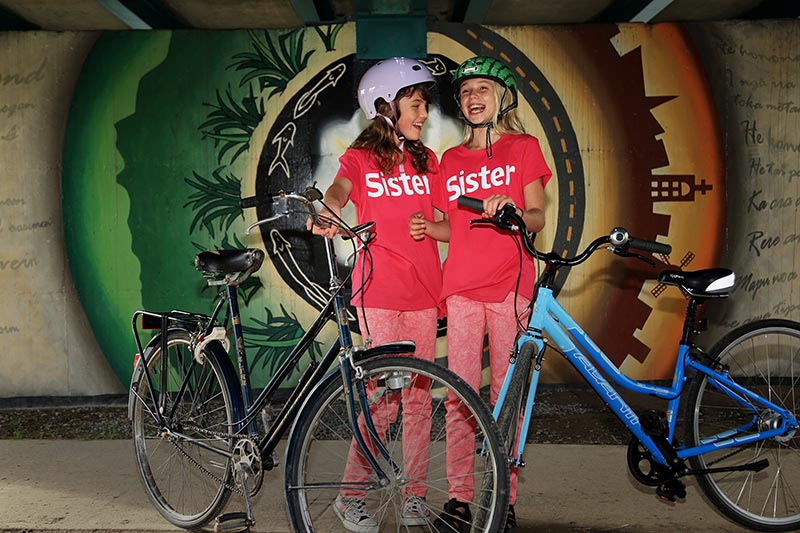 Two sisters, but not sisters of each other. Megan and Olive are inseparable friends and you could very well come across them cycling on our roads. Much of the advocacy work that BNB does and much of the infrastructure that NCC is implementing is aimed at making cycling safe and attractive for our most vulnerable road users.

This image is the first of the Nelson City Council/Bicycle Nelson Bays "See the Person, Share the Road" campaign, our version of the NZTA campaign of the same name.