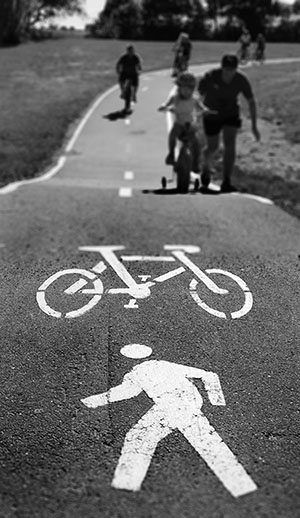 On Sunday I became a pedestrian on a shared cycle path. For me this is a very rare occurrence and, as I generally cycle most places, I felt very much like a fish out of water. I was walking because I'd left my bike behind to run down the path from the Honest Lawyer to photograph the people that were taking part in the Kiwiana Fun Ride. Once the riders in the event had passed, I started to make my way back to the start. As I walked back, my mood which had been very positive at seeing a wide range of people enjoying being out on the fun ride, turned sour.

Unfortunately this track (and I suspect others) seems to be viewed as a dedicated cycle track by a number of people, generally travelling way too fast to be using this shared facility. I felt extremely vulnerable walking back (more concerned for my camera than my own well-being if I'm honest) as cyclist after cyclist raced up behind me with no warning. A small movement to either side at the wrong moment and I would have been hit very hard by a cyclist travelling at what I suspect is close to 30km/h. At one point a female cyclist overtook me going so fast she was unable to slow down sufficiently for the corner and a family cycling the other way was forced off the path to avoid being hit. This behaviour is unacceptable and it threatens to undermine all the good work that is being achieved by the council and cycle groups.

If you can't follow these rules stay off the shared paths, it's that simple !

We're now less than 50 people off 1000 Likes ! Here is an idea of what that looks like (If you know the people in red, why not let them know about BNB) and we know that this still only represents a fraction of the people that cycle in our region... Imagine what it would look like if everybody got together for a photograph of the biggest gathering of cyclists ever seen in Nelson and then rode their bikes down the new St. Vincent Street cycle way... Yes, that's the plan but for it to work we need your help so please share this post and watch this space - we'll let you know where and when ! 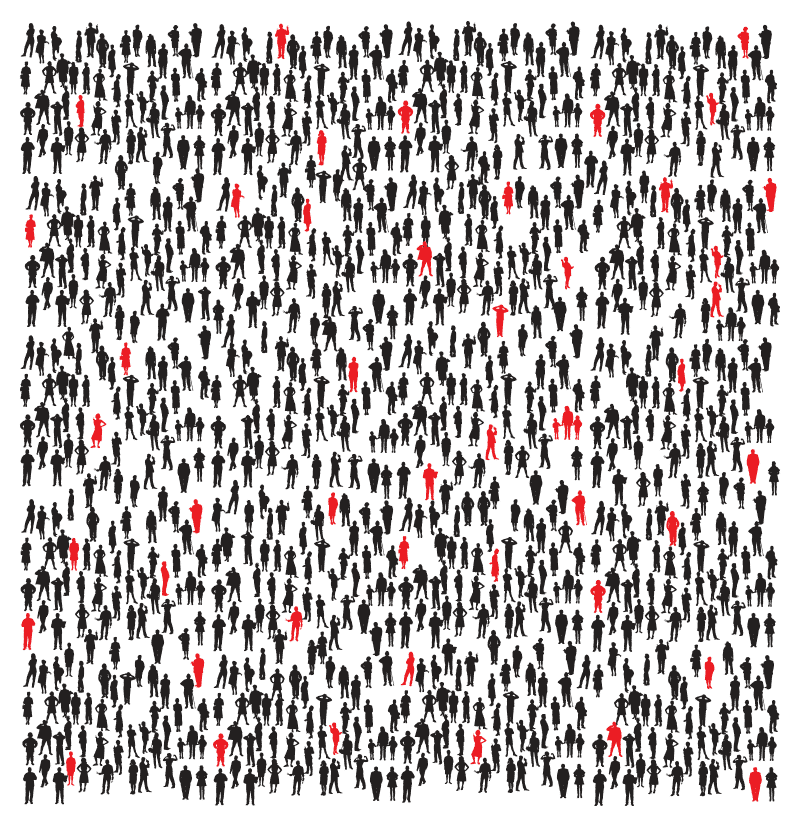 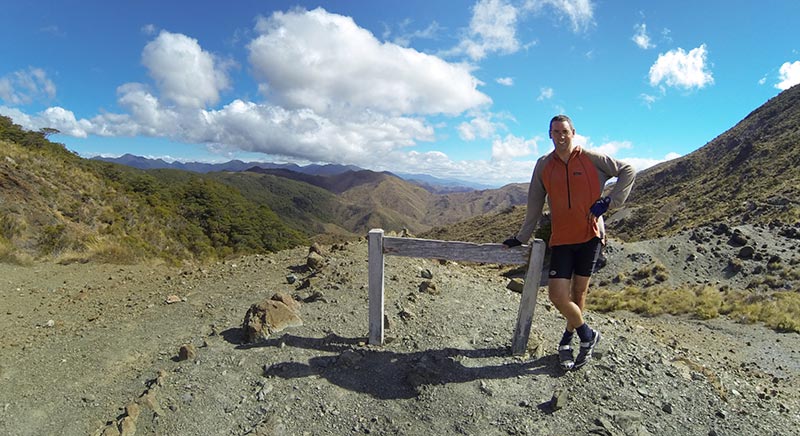 Some people may know of Steven Muir, a passionate cycle advocate in Christchurch and winner of CAN's 'Cycling Champion of the Year' award in 2012. Several years ago he ran an annual 'Supermarket Challenge' which challanged cyclists and car drivers to pick up various items from supermarkets around town in the shortest time. He was also involved in workshops helping people create their own cycle trailers and still continues to sell trailer kits. Instructions on building a range of different trailers yourself can be found on his website (http://www.cycletrailers.co.nz/html/instructions.html). He's also been involved in Icecycles which amongst other things has fixed up and given out around 200 bikes to those in need of one.

When I lived in Christchurch Steven and I cycled a lot together but it's been many years since we caught up. This weekend however Steven came to visit on his way to the Abel Tasman and with only one afternoon to introduce him to mountain biking in Nelson I suggested that we rode the Coppermine.

It was a stunning day and The Coppermine did not disappoint despite my lack of fitness and the track being the roughest I've seen it for a long time (presumably due to the race a couple of weeks ago) as well as the obligatory puncture. This ride is certainly a challenge and it would be a mistake to underestimate it and attempt it without being prepared in terms of clothing (the weather can change quite dramatically) as well as equipment and water. The sight of two children that couldn't have been more than 10 years old on their small mountain bikes as we approached the saddle was however testament to the fact that this ride is quite accessible and is within the reach of anybody with moderate fitness and confidence in cycling over rocky terrain.

If you just had one afternoon to showcase Nelson to a cyclists from out of town, where would you take them ?