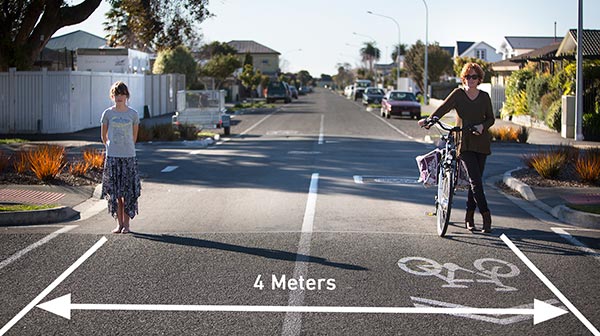 A 4m boulevard would accommodate a large number and a large range of users. It would create an amazing space that would attract walkers, runners, cyclists (recreational and commuter), people fishing or even people just admiring the view.

4m isn't much less than the width of many of our urban roads (and often more when you take into account parked cars on some streets). We expect cyclists, including children, to share those urban spaces with motor vehicles. We feel it's far better for cyclists and walkers to share space rather than cyclists and trucks.