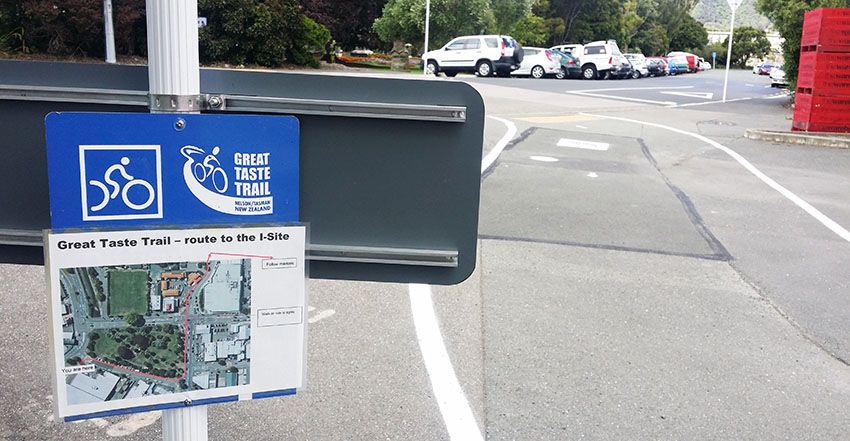 Bicycle Nelson Bays was recently asked to comment on the Haven Rd. cycleway plans for an article in the Nelson Mail (http://www.stuff.co.nz/nelson-mail/news/88504468/nelson-city-council-grants-225000-in-funding-towards-latest-cycle-connection). We did write some comprehensive answers to the questions posed but of course they only have room to print snippets. You can read our full answers below:

1. What do you make of the Haven Road cycle pathway? Will it serve its intended purpose to add another link in the cycle network (connecting to St Vincent St)?

The Haven Rd. link will bring the St. Vincent St. cycleway a step closer but this is far from an ideal cycleway, particularly when compared with the Railway reserve section of the cycleway in Stoke for example; The St Vincent Street route in it's current form is not ideal with several road crossings, including the busy Gloucester St., and the busy car park entrance to Warehouse/Countdown, all of which are prioritised for cars. Additionally, the question is still going to be; how to create good crossings on Halifax St. and Rutherford Street as well as how those West of the cycle way have easy access. Until these issues are addressed, the Haven Rd. link is going to be of limited value.

The link itself is a poor alternative for Nelson and our visitors - to implement this will requiring the plants and trees along the long south boundary to be removed (this was a major reason why the Maitai shared path widening didn't go ahead and therefore seems somewhat ironic and inconsistent). This planting provides Anzac Park users with a visual screen of the commercial buildings across the road, and shelters the park users and planting from the southerlies. This proposal is a reactive, ill-considered, quick-fix compromise which demonstrates the degree of fear that many NCC councillors experience at the prospect of losing a few (sacred) car parks - as proposed in one option - or trusting Nelson people to share some public space in the park without civil disorder and - presumably - mass casualties.

2. Do you have any indication as to whether cyclists might just decide to cycle through Anzac Park anyway, given it's right next to the shared path?

3. What are your biggest frustrations with where things are at in terms of Nelson's cycling network?

The lack of cross town links and poor connections between cycleways. The lack of evidence based decisions when it comes to our infrastructure. Why are we encouraging more vehicles into our city centre rather than focusing on pedestrians and cyclists which many studies have shown to be better for retailers for example?

4. What's working well? Or rather, what do you see as steps in the right direction?

The Railway Reserve is a fantastic asset for Nelson and serves cyclists and walkers well. It provides an attractive and safe link to several schools which is reflected in the large percentage of children walking and cycling to school along the route. The slow speed zones outside of every school in Nelson was a great step in the right direction but we could go much further (reducing/removing parking from around schools for example and expanding slower speed zones throughout the city).

5. Any other comments or observations as to what the Council ought to do to get things moving?

It needs to inform itself about what NZTA is doing with cycling in NZ - and why. The agency is learning from what is being done well overseas to address congestion via modal shift. This awareness is also behind the commitment to improve the provision for cycling in an increasing number of NZ cities and towns - why not in Nelson?

The council should be prioritising active and public transport over cars and it should be using the latest research to explain to the public why it is our best interest to do so.