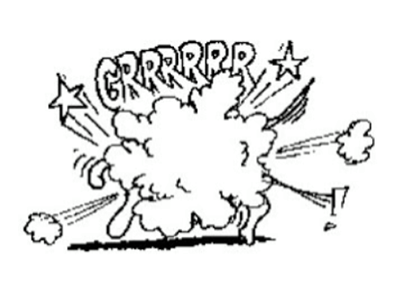 We see that a local individual - an occasional negative poster to our facebook page - is establishing a new anti-cycling group, supposedly to 'wrest back' the footpaths from Nelson cyclists.

Is there anyone out there who walks as well as rides? Yeah, we thought so. So it won’t surprise you to know that for a few years now BNB has been submitting to council on improving walking facilities, or that we're signed up to NZ’s national walking body - Living Streets Aotearoa - as well as the Cycle Advocates Network.

For a while now we’ve also been encouraging council leadership to become active in educating people on how to share those shared spaces we have. Unfortunately this hasn’t happened, and into that void has come a degree of conflict and poor behaviour by some walkers and cyclists. That means dumb and thoughtless stuff by a minority of cyclists, and similarly by some walkers; those who walk or stand in groups and block the path, run their dog’s lead across the path, or abuse cyclists for using their bells, and so on.

So is the answer more conflict, more negativity, and more fragmentation, with opposing groups fighting each other and pushing separate interests? Or does the answer lie in exactly the kind of thing we all want to see on our shared paths; a little more cooperation, respect and positivity?

So it’ll be interesting to see which way Nelson will go. We know where we’ll be putting our energies.