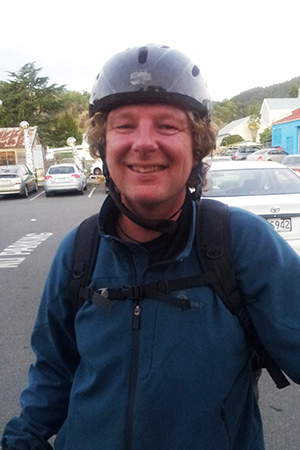 I've met Nick a few times now. Initially it's been at the Sprig and Fern where a number of the Wednesday evening mountain bikers meet after riding on the hills (Nicks a bit of a downhiller). More recently though I've come across Nick around town a couple of times riding his classic old Raleigh bike rather than his mountain bike. He says he's an all round cyclist and commutes and shops by bike. His business 'NickyD's Cycle Works' specialises in mountain bike suspension servicing.